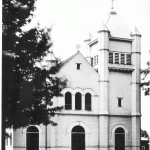 1850 – Mr. Dodge bought a house and converted it into a chapel. House is now the Hammond property.

1852 – The old Baptist Church and rectory were purchased for $500 and remodeled with donations from early Catholic pioneers. The building was used for many years as LeMoyne Hall. 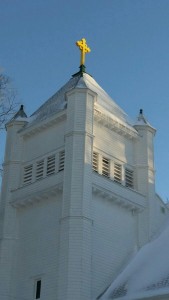 1893 – Immaculate Conception Church was dedicated in June of 1893 by His Excellency, The Most Rev. Patrick A. Ludden, D.O.

1993 – Centennial of the dedication of Immaculate Conception Church on Sunday, September 12, 1993.